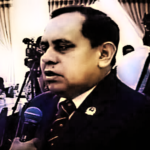 Below is the text of a presentation by the Timor-Leste Vice Minister for State Administration, Tomas Cabral, to the Local Government Professionals Australia National Congress on 5 May 2016. The presentation provides an overview of Timor-Leste decree laws of March 2016, relevant to decentralisation, as well as information on future plans for increasing service delivery by the Municipalities (formerly District Administrations).

[Some minor corrections/additions to the original text have been made – an original copy of the Vice Minister’s presentation on Decentralisation is available here.]

Currently the Local Government´s creation process is on the administrative deconcentration phase.

Description of the Administrative Deconcentration phase