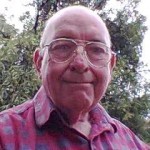 Barry Brown worked for the Australian Department of Foreign Affairs and Trade for 38 years, before retiring in January 2008 on his return from Dili, Timor Leste, where he had been on posting as First Secretary at the Australian Embassy for more than three years. On returning to Canberra, he joined Canberra Friends of Dili, where he is currently in his second year as Convenor (President), as of 2010.