The President of Timor-Leste, José Ramos-Horta, has announced Abel Guterres as the new Ambassador of Timor-Leste to Australia, in what he described as “one of the most important diplomatic posts” for the country.

At the inauguration ceremony, President Ramos-Horta stressed the importance of Timor-Leste’s relationship with Australia, saying that there is “no country more important to the vital national interests” of Timor-Leste. He described Australia as “by far our largest bilateral development partner”. 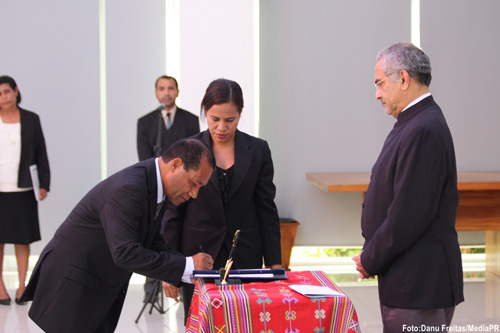 Ambassador Guterres has previously held the role of Consul General for Timor-Leste in Sydney from 2002 to 2008, after having resided in Australia between 1975 and 1999.

In 1999, as a representative of the National Congress for the Reconstruction of East Timor (CNRT), Mr Guterres inspired the creation of the Australia Timor-Leste Friendship Network in discussion with Rae Kingsbury (then Cr Rae Perry) to address the issue: “How communities in Australia could support good development of communities in Timor-Leste.” 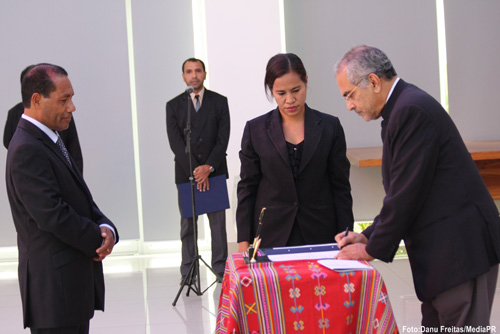 Ambassador Guterres has worked with energy and commitment to improve the wellbeing, safety and prosperity of the peoples of Timor-Leste and achieve a better future for the country.

As his friends in Australia, we hope that you will join with us in warmly congratulating Ambassador Guterres on this announcement. We look forward to continuing to work with him.